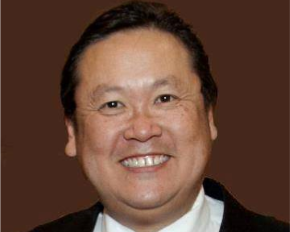 AKA The WOK STAR

Jim T. Chong is a uniquely seasoned and sought after Master Emcee & S4L Executive Speaker who consistently speaks in front of established organizations and workshops ranging from small groups to events with hundreds in attendance. He is the founder of Solutions4Life and Wok Star Productions.

Jim is very prominent and actively engages in working with various ethnic groups and multicultural events and exchanges. Jim is extremely well respected by his peers and those that he meets. His approach to keep it “real”, his genuine love and caring for people, as well as his passion to help bring out the best in others are some of his most endearing qualities.

Jim is working on his latest book that will highlight how to work from the “middle of the room” in different business settings with various dynamics, cultures, and ethnicities. His most exciting endeavor and culmination of many years of experience in connecting and collaboration with thousands of people has resulted in the origin of the resource and seminar series for Solutions4Life (S4L) as well as the Speakers Circuit that focuses on Health Care, Wealth Care, and Self Care.

Jim has spent numerous years as an employee and primarily as a professional consultant working in the corporate, governmental, and non-profit arena on the technical and management side of the house. Over the past several years, Jim has presented, facilitated, and served as the Master Of Ceremonies for numerous events ranging from various business seminars, mixers, educational seminars, and professional development series to major events. He has also served as a primary announcer at events attended by prominent elected officials including the Big Fair In Little Saigon” and the first 2011 “Little Saigon Street Festival & Parade” in South Sacramento which drew several thousands of people. He has also been featured as a primary speaker for the Libertarian party at the first Libertarian Leadership seminar.

For More Information On Wok Star Productions, Please Visit and “LIKE” Their Facebook Business Page At This Link:

For More Information On Solutions 4 Life (S4L), Please Visit and “LIKE” Their Facebook Business Page At This Link:

To Listen to RUSH HOUR for Success or any other program on K-SAC F.M. – Money 105.5, click the LISTEN LIVE button on the right. If you are on a mobile device and the link doesn’t work, you will need to download the Money 105.5 F.M. App, which is available on both Apple & Android.

Jim T. Chong is the Host of the thriving new radio show “RUSH HOUR for Success” on Sacramento’s K-SAC FM – Money 105.5! The show airs twice weekly on Thursdays & Fridays at 2 P.M. The show is based on the core principles Jim believes in, including health care, self care and wealth care. The show also focuses on exposing relevant caused based organizations with a prominent message. He Co-Hosts this weekly show with Cami Ferry, an Executive Leader of Solutions 4 Life (S4L). Cami is known as “The Theatre Queen” based on her extensive lifelong passion in the dance and theatre industry! Cami recently Founded In Motion Theatre Company, which is dedicated to providing caused based organizations and individuals with fundraising opportunities through entertainment events. You have got to listen to how AMAZING this dynamic duo sounds on the air!

FOLLOW  THE WOK STAR
JIM T. CHONG AND BECOME A
PART OF HIS AMAZING JOURNEYS!

FOLLOW THE THEATRE QUEEN
CAMI FERRY AND LEARN HOW TO
ENTERTAIN FOR A GOOD CAUSE!